Caught Another Raccoon so Moving on to the Next Critter

June 23, 2020
Did you really think I only had problems with raccoons? I don't think so! There are also the chipmunks, which dig holes, tunnel, and eat bird seed too. Then there are the moles, the unseen terror of the yard!
You know you have moles when you step outside and look at your yard and see piles and piles of dirt mounds. Then upon closer inspection you see the tunnels that push up the dirt that connect to the mounds.  I always knew the moles didn't eat the plants or the roots but they were on the search for the earthworms, grubs, insects and slugs. Some homeowners, I don't know of any, like having them because they aerate the soil and take care of those bad insects. My yard, looks awful, so wish they would move on to someone who would appreciate them more.
Have you ever Googled the mole? I just did here are some facts from https://www.havahart.com/mole-facts
Fun Facts

Moles can dig tunnels at a rate of up to 15 feet per hour.

Although moles may resemble mice and rats, they are not rodents. Instead they are insectivores - more closely related to bats.

Unique adaptations in the hemoglobin of moles allow them to survive underground with low levels of oxygen and high levels of carbon dioxide.

In cold and/or dry weather, moles will often dig deeper into the ground, following their food source.

A mole's saliva contains a toxin that paralyzes worms, allowing them to gather and store food for consumption later on.

Before eating a captured earthworm, a mole may squeeze the worm between its forepaws to release the unwanted dirt from its gut.
Moles are insectivores, eating 70-100% of their weight in worms, grubs and insects each day. In order to hunt down their ground-dwelling prey, moles constantly excavate, leaving behind a series of tunnels. This digging requires a tremendous amount of energy, which may explain the mole's voracious appetite. 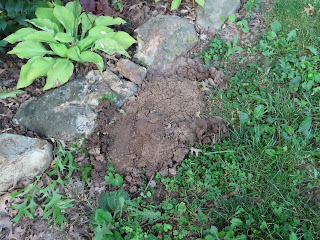 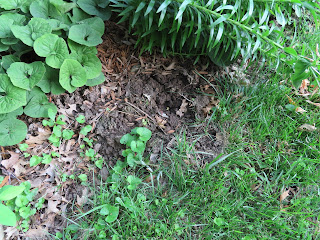