The Yarrow Finally Bloomed- I Had Given Up!

October 23, 2018
Went out to check my mail and looked down and couldn't believe my eyes.  I planted this Yarrow last year.  It never did anything including grow much.  I actually have the name of it 'Treasured Deep Rose' achilla tomentosa x millefolium.  Don't bother looking it up, I can't find it on Google.I have the tag though and that's what it says.

Previously, I believe I told you about my abelia x grandiflora 'kaleidoscope'. I still say it's the best bush ever. Number one it doesn't grow real fast. Number two you can trim it if needed. Number 3 it has so many colors. Never the same!

My third and fourth pictures are a whimsical thing and a picture I really shouldn't have taken. I was driving at the time! Shame on me, but I couldn't pass it up.  Was coming back from Columbia, MO and saw the balloons and saw the moon.  Daughter was driving so that was okay.  The other was when I was on my way to Columbia and have to pass by the airport where I live.  Those helicopters looked so cool.  They looked even better a few seconds later but, unfortunately, I was on a curve and couldn't do the photo thing with my camera. 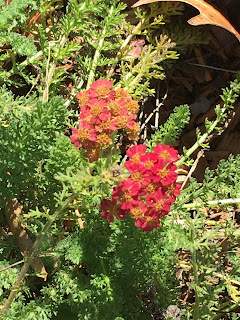 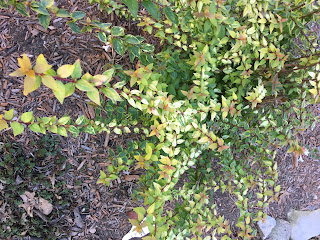 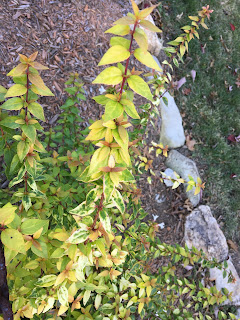 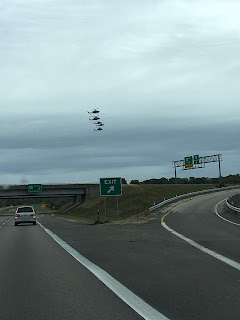