Gardening Days Almost Over For Me

September 03, 2018
My previous post was how I weeded out about half of the garden as it was overrun by weeds while I was gone to Michigan.  There were 10-12 pumpkins hanging on the vines and a couple were on the ground.  I picked up two of them to take home. I just didn't have the energy to pick all of the pumpkins and the Butternut squash. I figured they would be okay until I came back.
I really should have known better!  Or maybe it's that I am too trusting? I am so disappointed in people right now!  Almost all the pumpkins were taken by someone.  I did manage to get a couple for Teresa but the rest of them were gone.
I went over to look at the squash and the zucchini was missing.  I am getting so upset!
I went to get the Butternut Squash. My favorite.  Out of approximately 17 of them hanging at one point in time, there are only 6 and one of them is tiny and not ripe at all.  One looked like it had been stepped on!  A couple for Teresa and 4 for me.
I looked at the tomatoes and couldn't find any that were ripe that didn't have a problem like a hole or blanched by the sun.  There were lots of green tomatoes but you would think in the time I was gone there would have been a few decent tomatoes to take. But, nope, none were to be had.
If someone came to help themselves to the pumpkins and Butternut Squash, then they probably got the best tomatoes too.
I did find out they didn't like Hot Hungarian Wax Peppers. LOL!  They did, however, pick a couple of the sweet bell peppers.  I bet they thought the banana peppers were hot too as they didn't take them either.  There were bunches of them and boy were they good in the meal I made up!
Now it's hard to get excited about growing a fall crop. I will probably be growing it for someone else's table and not mine.  That's why I think I am done for the year.  Might plant some winter peas to enhance the soil.
Maybe next year, I will be able to keep my produce!  Sharing with friends and family and giving away what I don't need!  I actually had to purchase tomatoes to make tomato juice this year. 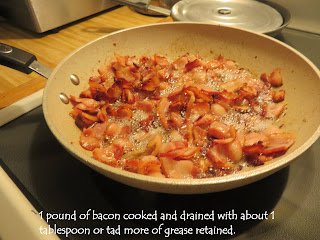 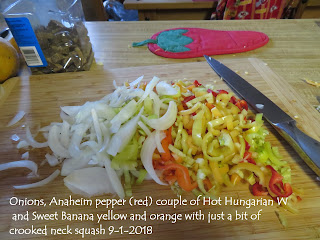 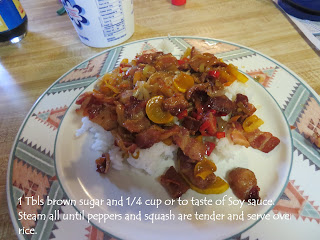