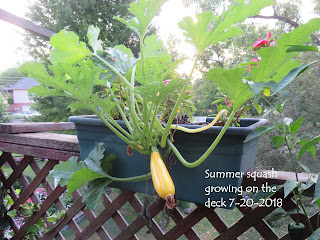 Anything is possible! Planter on the deck with
Straight-necked Squash growing when the cabbages were all torn up and eaten up.  I just planted something else. Doesn't hurt to try!

DON'T THROW IT AWAY! LET IT GROW! THAT'S MY NEW MOTTO!

On June 18th the tomato was destroyed. Broken off by a critter!  The pepper plant was my own fault. Leaned over to try and fix the tomato (lost cause) and broke off the pepper.
First I took the top of the tomato and shoved it in the soil. No special treatment. Took off one leaf and shoved it in to the top portion. The bottom part I was going to pull up but then decided to leave it just to see if it would grow and possibly bare fruit. 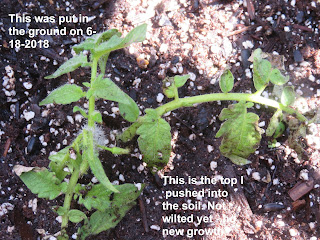 
Now the pepper I didn't have much hope for.  First of all the chipmunk came through the holes on the cage I put around it. They also burrowed under it. Thought for sure the part I pushed into the ground was done for. I think I replanted it at least two times.  Here are the pictures of the pepper from before: 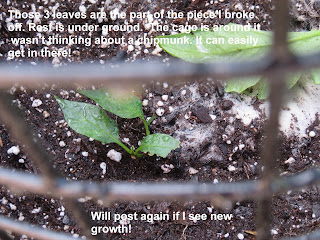 there were only a couple of leaves and you should have seen it after I replanted the 2nd time.  Looked really bad 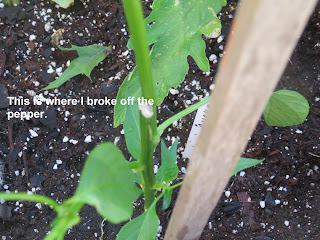 Now today, I looked at these plants.  The tomato looks almost like one you plant in the spring that has been growing a bit.